Although highly generalized, I’ve noticed that many breakthroughs and advancements in creative capacities seem to be dependent on primarily two factors: a context and a module. This paradigm shift happens consistently, yet these two pieces are the primary drivers.

Below I’ve explained some examples and definitions for each. What other modules/contexts can you think of? There are probably many, and many more to come. 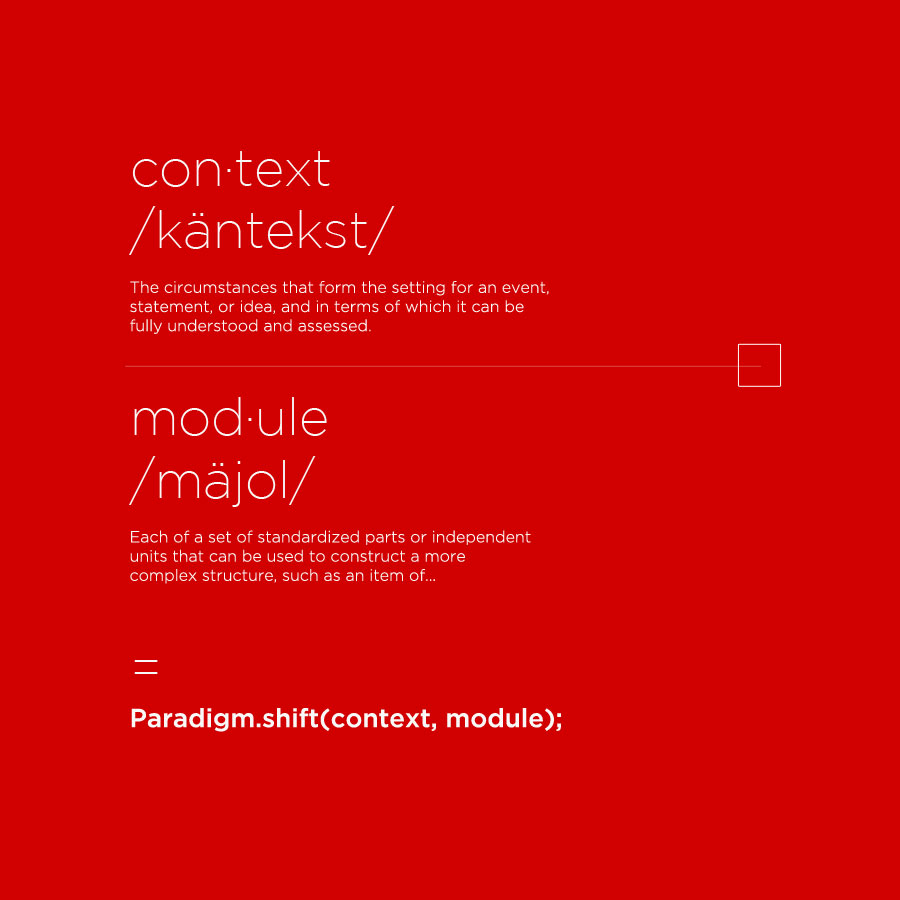 The bit (or 0/1, true/false state) has been a huge revolutionary force for us. From the Cellular Automata  and Turing Machines that paved the way for computing as we know it, to the programming languages that are abstracted from these simple models, the bit has been at the heart of it all. Computers have drastically changed our world, and have even pushed us to a ideological precipice, making us question what it means to be human. 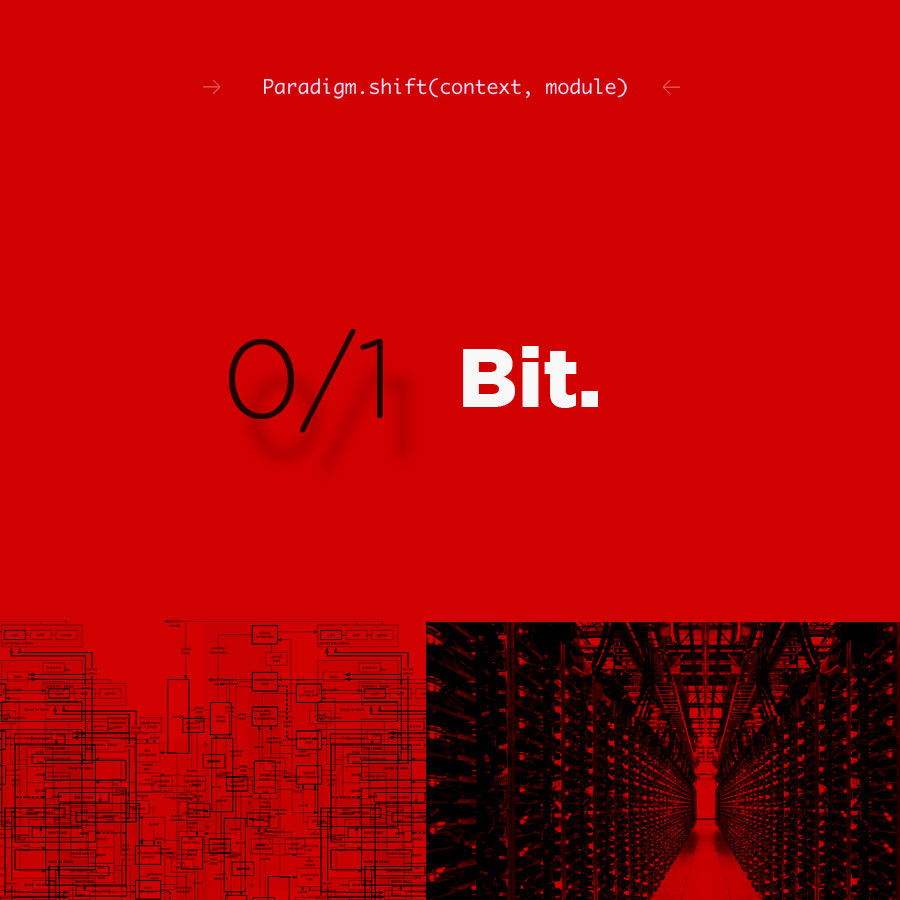 The brick. The basic building block of modern society. Even today, with skyscrapers made of steel girders, synthetic plastics and glass, its still a popular building block, and its inherent modularity is quite popular. It has inspired many other forms of building, and probably will continue to do so. 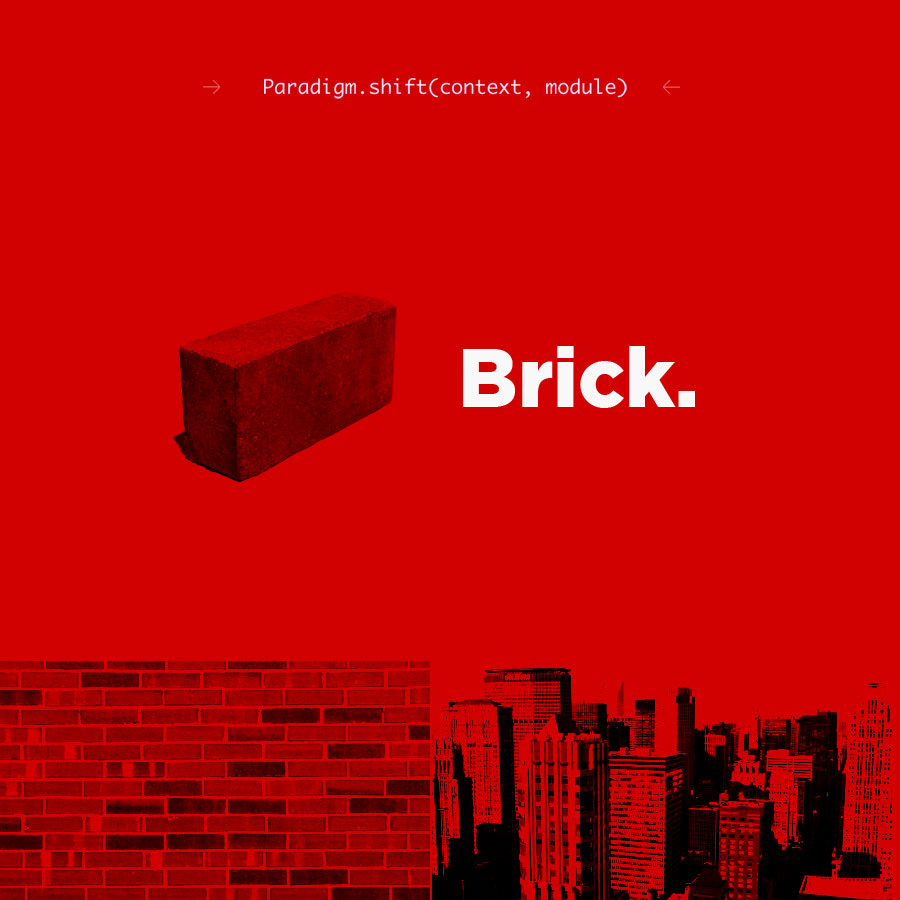 The Lego is a building block that has become iconic in creative playthings. I included it because it represents a shift in creativity and thinking within the context of playfulness. Unlike the bricks used in architectural construction, the Lego represents abstraction into a new form, that of art and creative exploration. It has been inspired and has inspired many other modular toys, from k'nex to erector sets to tinketoys. It is a true icon to building, and the possibilities it has generated are seemingly endless. 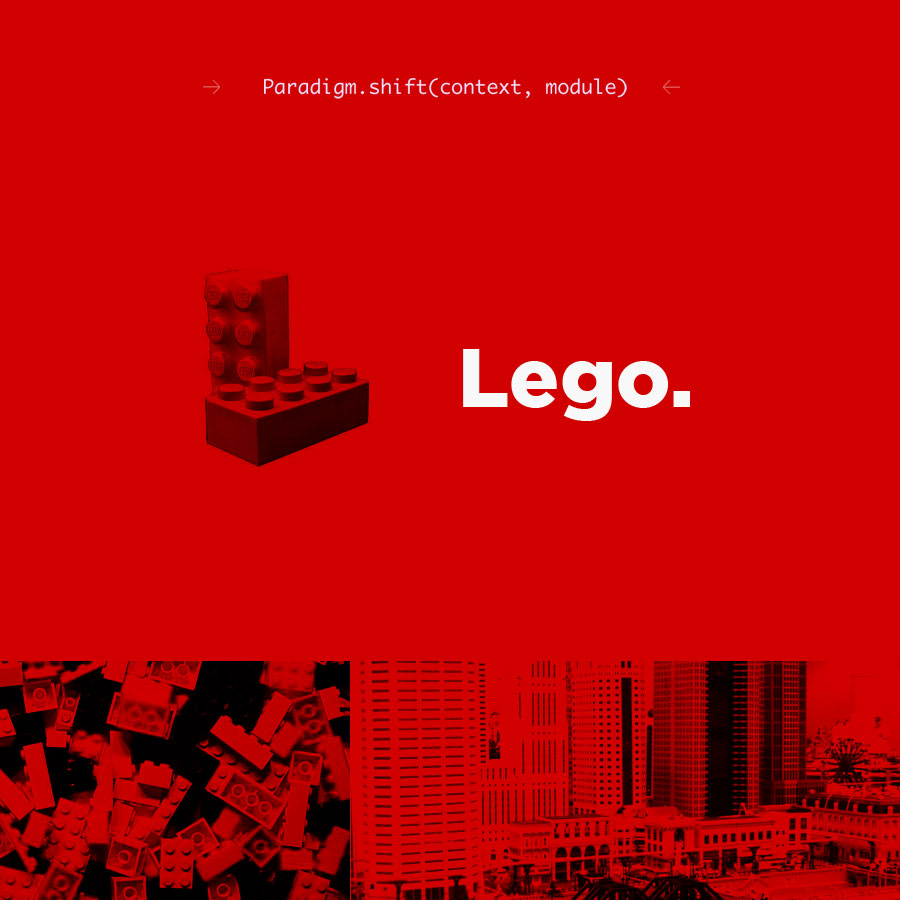 The Atom is the ultimate module (so far) with creative capacity to change the world and our societal perceptions more so than computers, which is basically so radical it is incomprehensible. In the same way you would never have guessed the profound effect the Internet has had, programming has had, and computing theory has had. Atomic structures are the smallest thread in our fabric of existence, that is directly manipulatable by humans. Flattening the creative and communication process at an atomic scale will be nothing short of transcending humanity. 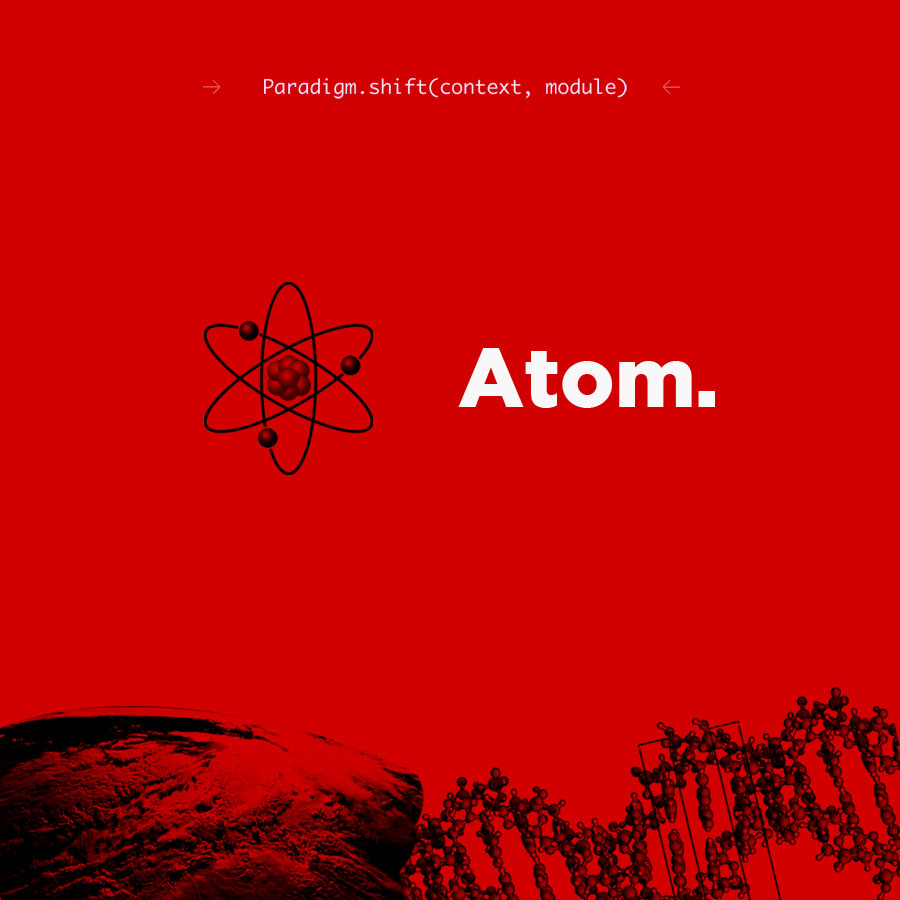