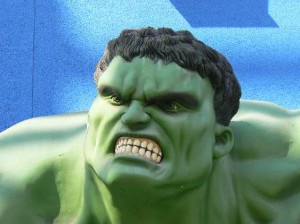 When it comes to corporations in the U.S. and abroad,  I think most people would agree these giant entities have overgrown their intended size and scope.

A lot of the big names today seemed to have gotten “too big for their britches” so-to-speak. Well, it’s this insatiable profit-driven-bottom-line that makes corporations grow so big. If corporations were living organisms, this lust for profit would most certainly be coded into their genes (some might agree it’s coded into the genes of those who run such corporations.)

Regardless of your view on corporations, pro or con, bad or good, the outcome is the same. What matters (at least for this article) is the tangible evidence that corporate overgrowth is a bad thing and that there is a plausible solution to this issue (which I’ll cover.)

But first: the fundamental solution.

My solution to this gargantuan problem is simple in concept but far-reaching: limit the growth of a company. Wait, limit growth?! Yes. At least to a degree. Growth is great for a company, as it’s a sign of health, but there is a tipping point for this growth and the signs of tipping are when a company exhibits major excesses. In the wild (undeveloped raw lands with exisiting ecosystems), most organisms cannot live in excess, because “mother nature” will not allow it. If we think of excesses in nature as being the same as a decrease of innovation in modern world, corporate excess seems less trivial and more severe of a problem. I liken lack of innovation to natural excesses because they both create stagnancy in a similar type of “gene pool.”

Humans become less engaged in a company the bigger it gets, less engagement means less stimulation. A lack of stimulation has become commonplace for many of the worlds workforce. Why shouldn’t our job engage and stimulate us? If it did, you can bet we’d be a lot happier and companies would be a lot more efficient. SMB (small-to-medium businesses) are great models for efficiency and structure in the job economy. So let’s see why corporate excess is bad:

Where do companies start?

To become incorporated, you must go through a lot of legalese. There are forms to sign and money to be spent on federal registrations. All of this is meant to separate the wheat from the chaff, entrepreneurial(ly) speaking.

But now just about anyone has access to some amazing technology and this access has driven innovation forward with amazing momentum. However the barrier-to-entry for incorporation is annoying for a lot of startups. Many people who have some amazing things to say, products to sell, or ideas to share cannot because they are overwhelmed by the big guys. While the logistics for starting a company are not too overbearing, the competition from giant corporations certainly makes up for it.

This is why niche markets flourish more often than non-niche markets. Niche markets by their very nature, have found a less saturated area to market from, where there are less people competing. But often times we don’t NEED a niche market—there is often a bigger need for innovation in the broader markets. Unfortunately it’s just too hard for a lot of startups to compete with in broader markets, regardless of how innovative, smart, fast, or cheap their products/services/ideas are.

How do we fix it?

Like I mentioned above, corporate excess is a major problem and drain on resources for everyone involved. And nearly everyone’s involved…making it a problem for nearly everyone.

So we’ve got to limit the growth capacity of a company. How do we do that in a way that works within our current system? I think it should be handled by the government, because they already control a companies ability to become a legal business in the first place.

I think this legal obligation should be handled on the state level if the business is statewide and the Federal level if it crosses those boundaries. There is of course some gray area, so I think it should be based on a threshold, not binary. This way it caters to the local economy of that state but allows for growth.

This legal obligation could be made into an application form that is required during the initial formation of the business.

So what kind of information should appear on this form? It’s important to note that these forms should not add more bureaucracy to the process, but rather streamline it.