In light of recent DDoS attacks on companies worldwide (Visa, MasterCard, PayPal, PostFinance, etc…, I think it’s time we pause and reflect on some specific dangers we face in the world today in relation to the internet and what it stands for.

These specific dangers I speak of are the unsettling posturing of companies and governments and their entrenched lying and greed. These attempts to fool the populace are becoming less and less effective, and the public is becoming more and more aware of the tactics involved in business today, mainly because of the free exchange of information via the internet. 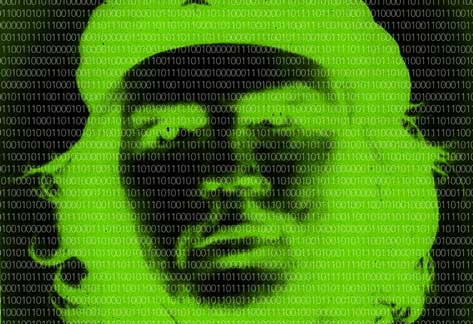 Large companies are largely inefficient. They also are very disconnected with each other and the people they do business with (consumers.)

The solution, as outlined in my “too big for your britches” article, is to limit the size of companies. Eventually I think, the market will do this organically—large companies cannot sustain themselves with the hulking lag that they currently have. Either new technologies will need to surface that increases efficiency, or companies will be competing with the little guys more often.

The reason I mention this in relation to “death by open source” an article phrase coined by a slashdot article, is because of one reason: Open Source is what the people want. And companies, as mentioned, cannot sustain an existance that flies in the face of what people want.

Open Source is the best thing that has happened to technology. As far as the internet and everything in its peripheral is concerned, it IS the very structure that makes it so.

43% of websites (servers hosting these sites) run on Linux, an Open Source and free operating system whose kernel powers countless distributions worldwide. This website is hosted on Linux. Supercomputers and mainframes run on Linux or Unix based systems exclusively. There are variations on the number of personal computers, and Windows is definitely in the lead. But the moral is simple: if it absolutely NEEDS to work, it needs to be open-source.

For website hosts, the most popular setup is called a LAMP (Linux, Apache, PHP) stack. They are the preffered server environment for most of the website hosts out there. Even “WAMP” stacks based on Windows use OSS: 3 of 4 components (Apache, MySQL, PHP) are OSS. Same thing goes for the other “AMP” variants: MAMP, SAMP and OAMP.

Every piece of a LAMP stack is free and Open Source:

Of the myriad programming languages, only a handful are proprietary.