I’ve always been on rants about how making things free or cheap as possible is the best possible model for furthering humanity. I recently learned a historical lesson that validates my theory, and should serve as a possible inspiration to further this ideology. 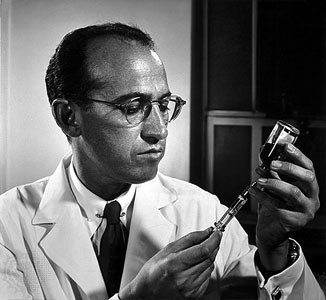 This lesson is of a man named Jonas Salk. Salk was a virologist who discovered a polio vaccine and made it public in 1955. Why is this important? Because Salk, when asked “who owns the patent on this vaccine?” Salk replied:

“There is no patent. Could you patent the sun?”

He ended up giving his research findings away for free. He never patented the vaccine and never made huge profits from the selling of it.

How many heroes like this exist in history, and what can we learn from them?